This press release was taken from http://www.marketwire.com/press-release/dont-let-student-debts-spill-into-middle-age-say-wilson-andrews-1704234.htm

Nearly three quarters (73%) of Scottish students expect to leave university with some debt. Wilson Andrews warn students to plan how they will repay that debt to avoid it spilling into middle age. 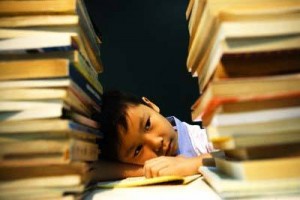 MANCHESTER, UNITED KINGDOM–(Marketwire – Sept. 21, 2012) – Research by the Bank of Scotland reveals that many Scottish students are struggling to make ends meet every month – and most will finish their studies with debt to repay.

The survey of 2,000 UK adults in full-time education (218 of whom were Scottish) found that 15% said they couldn’t afford their monthly outgoings and 42% said money was tight and that they just managed to get by.

Besides having the ‘time of your life’, flying the nest and making lifelong friends, going to university is a major opportunity to improve your career prospects and earning potential in later life.

However, university debts can spill into middle age if they’re not repaid quickly enough – giving interest plenty of time to grow. Many people carry debts well into middle age from their younger years. The Telegraph recently reported on a survey that suggested eight in ten people over the age of 30 in the UK were in debt – and that’s not including mortgages.

Today’s students have the additional problem of entering a difficult and competitive job market when they graduate.

A spokesperson for Wilson Andrews warned students: “Debt isn’t necessarily a problem if you can afford it, but if you’re only making the minimum payments, or living in your overdraft, you could carry those student debts well into your middle age if you’re not able to overpay on your repayments.

“Consider that as you get older, you’ll probably have other things you want to spend your money on – like buying property and furnishing that property, perhaps starting your own business, or getting the car you’ve always wanted. Overpaying debts sooner will help you to clear them before you reach your 40s.

“If you are struggling with debt while at university, find out whether you are eligible for any financial help. There are sometimes emergency funds and bursaries available for students who are in hardship. Ask your University for further details of their own bursaries or grants.

“If you did find you had debt problems after university, all is not lost – there are professional companies that can help you with tailored debt help and advice.”